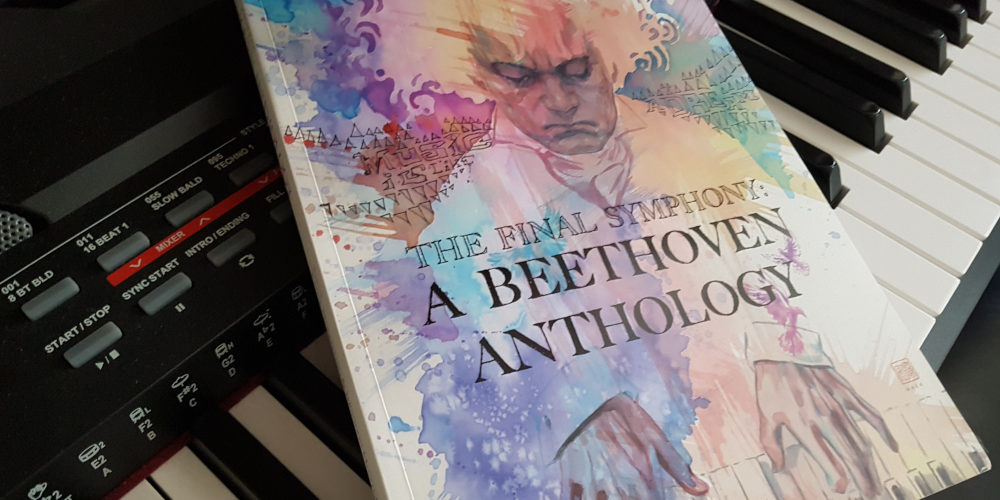 Musician and myth, gigantic and fragile, a legend in his lifetime and yet he was alone all his life. No musician, big or small, can ignore him, because his works shaped the path of music for centuries – and yet he could hardly hear them himself. Ludwig van Beethoven. But what was his life and work like? Who were the people by his side? What were his greatest successes, his losses and how were his last hours? In an impressive illustrated novel from Z2Comics, music and comic fans can (re)discover the life of one of the greatest musicians of our time in a whole new way.

“I will never compose a symphony! You have no idea how we feel when we always hear such a giant (Beethoven) marching behind us.” [1]

That’s what Johannes Brahms said. During his lifetime, Beethoven achieved legendary status among musicians and admirers – but also among people whose sympathy he forfeited through his temperament. Over the decades Musicologists and historians have published several biographies and work analyzes with hundreds of pages. Many directors of documentaries and feature films also felt obliged to do their part in creating Beethoven’s legends.

The graphic novel “The Final Symphony: A Beethoven Anthlology” offers a completely new perspective, especially for younger generations. With impressive illustrations, historical accuracy, humourous anecdotes and creative incorporation of Beethoven’s famous works and strokes of fate, this book is a must for comic lovers and lovers of classical music alike.

The illustrated novel begins at the beginning, with young Ludwig’s childhood and the violence that went with it. Dark, somber and full of anger, the impressive drawings show the frail genius at a young age. Over time, Ludwig met many famous people, including, of course, Christian Gottlob Neefe, his first teacher, and Joesph Haydn. For those who still want to become Beethoven fans, I won’t reveal the other artists. So, it remains exciting… especially the end. Here some contemporary artists have their say as well.

In addition to the historical presentation, important works are also illustrated which served as inspiration for Beethoven at the time, including “Turandor”, “Faust”, “Hermann & Thusnelda”, and of course “An die Freude” by Schiller. The depiction of how Ludwig slowly but surely loses his hearing and his journey to Heiligenstadt is no less creative. Speech bubbles that lose letters, that resemble cloze texts, blurred faces and a whisper in the background outline the loss of a musician’s most important sense… his hearing.

A major family aspect, namely the complex and confused relationship with his nephew Karl and his mother, is not examined in detail in the novel. This would actually have been worth a few more pages, but is a fixed number of pages under 1000 ever enough for such a genius?

With almost 150 pages full of impressive drawings, exciting jumps in time, historical milestones and numerous marginal notes full of background information that might surprise even one or the other connoisseur, the book is definitely worth a closer look.

My sheet music is now available online on SheetMusicPlus and SheetMusicDirect.
12/01/2022